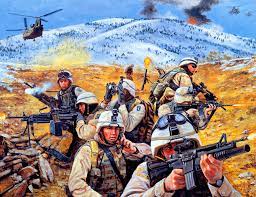 Thesis: In the eyes of the public Operation Anaconda was a success but some challenges in the aspects of joint command structure, the unity of command, and joint operations.

Supporting Idea 1: The command structure is made up of a team which execute orders based on the instruction from the authority. The forward support structure in the Anaconda operation was essential to ensure proper allocation of the resources and the tactical conductivity of the process. Being a military operation, it comprises of several troops which create multiple levels of complexity. Interactions between the troops are highly complicated creating a challenge in the organization flow of information.

Supporting Idea 3: Having overthrown the Taliban government, the command structure felt that it had achieved success. As a consequence, they felt no need to focus on the operation as much of their emphasis was on the Iraq operation. On that account, there was an inadequate allocation of the resources to the operation. The commanding generals assumed a minimal number of the enemies existed. However, that was an assumption as there were many Al-Qaeda fighters in the valley. The assumption led to an inadequate allocation of troops for the operation contrary to what the commandants on the ground required.

Supporting Idea 1: A distinguished Unity of command requires placing of all the troops in a unique theatre to achieve the objective under one brain. Unity of command was essential in the success of the Anaconda Operation. It required unification of the local forces, the Special Forces and the airpower. Unity of command facilitated communication between the ground commanders and the Central command unit. The hierarchy facilitates efficient allocation of resources and mobilization of troops to the operation.

Supporting Idea 2: Conflict of unity of command was also evident from the operation. For example, as the troops carried on with the operation, a contingent of navy seals was brought into the process. The decision was in contrast to what the Army special operators thought. They did not understand the basics of inclusion of the Navy seals by the Central Command unit. The scenario depicts a breakdown in the structure of unity of command which requires the involvement of critical parties in a decision-making process. The structure of unity of authority requires that before an issue gets to the top executives, it should follow all the steps depicted by the structure.

Supporting Idea 3: Failure to adhere to the operational protocol lead to a series of mistakes by the team. The theory is enhanced by the fact that the fighting theatres came from different troops which had a separate command structure. During the early phases of the operation, instruction protocols were clear as per the plan. However, as the operation proceeded, different communication issues erupted. For instance, the splitting of the air support theatre led to confusions in the action as there were different requests from the controllers.

Supporting Idea 1: Joint operations brings together wars troops to a broader national scale in which forces from the Army, Navy and Air are brought together in a joint operation. Operation Anaconda included the Navy, Air force and the military working together. The operation was different as it did not conform to the information battles. At the time of its occurrence, the joint military presence was not mature for the service. It also coupled up with the harsh terrain of the valley which contributed to lapse of operation at the initial stages. Coordinating the logistics in a large force increases the chances of friction within the operation.

Supporting Idea 2: Communication barrier was another challenge experienced during the Operation Anaconda. The troops were inclusive of local soldiers who were not very conversant with the communication language of the United States troops. Therefore, it was challenging for the army commanders to give instructions during the course. More importantly, the lack of similar political culture between the U.S and the Afghanistan soldiers manifested itself as a practical barrier which hindered operational efficiency.

The critical lesson from the joint operation includes regular pieces of training at the lower levels. It will enhance the level of corporation as well as the adhesiveness of the troops. Having a joint operation was beneficial to the procedure as it brought together different knowledge and experience required to fight a common enemy.