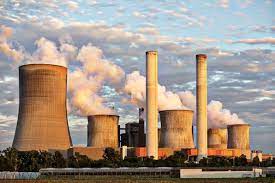 As it is evident today, the increased exposure to harmful environmental pollution resulted from irresponsible human activity. Environmental pollution can be categorized into diverse forms. This includes water, air and soil pollution. Other forms of industrial pollution encompass heavy metal and chemical pollution as well as occupational pollutants. There is no doubt that air pollution is the primary accelerating factor behind global climate change in both developed and developing nations.

The air pollution menace is apparently emerging as a complex phenomenon driven by persistent failure of the global environmental management initiatives that have been created to stem the runaway trend currently witnesses in major cities worldwide. The Lagos state metropolis is currently facing myriad air pollution related problems most notably due to rapid urbanization and road traffic emission.

The devastating effects of this observable fact are more prominent in the metropolitan cities of the developing than developed nations. Lagos, a rapidly growing megacity in Nigeria hasn’t been spared the brunt of air pollution. As an emerging metropolis, and its phenomenal rise as an epitome of industrialization and commercialization on the African continent, many predictions indicate a looming danger due to the adverse effects of climate change that is emanating from persistent industrialization related pollution.

Although significant effort has been directed towards stemming the runway global pollution levels, challenges have continued to constraint this effort largely due to insufficient program funding. Subsequently, there is sufficient evidence that warrants a thorough review of the literature on the adverse environmental impactsof air pollution, its principle role as an agent of climate change and its adverse effects on the health and wellbeing of the crowded inhabitants of Lagos.

This research will specifically focus on air pollution. Current literature suggeststhat pollution is the world’s largest environmental cause of poor health responsible for an estimated 9 million premature deaths in 2015-2016 and large burden of non-communicable disease, including respiratory, cardiovascular and neurological impairment. Air pollution, combining both ambient and household air pollution (HAP) is responsible for 6.5 million deaths per year with another 7 million from tobacco smoke and this number will increase is urgent measures are not taken.

Monitoring and management of air pollution remains ineffective and poorly enforced due to a number of factors.Monitoring equipment can be expensive and requires regular checking and maintenance, while enforcement in a growing megacity of 16 million people and unknown numbers of businesses is a major challenge. An alternative approach to the ‘top down’ processes of monitoring and enforcement would be to encourage a more community-led approach and local action.

However, there are many questions as to how such a ‘grassroots’ approach would work in practice, and there are many knowledge gaps as to their applicability for measuring air pollution in the megacities of the developing world. The research seeks to address some of these gaps in knowledge by first exploring how local communities can assess the level of air pollution and its environmental impacts. Subsequently, there is need to identify indicators of air quality that are used by communities, even if they may tend to be more qualitative than quantitative.

An example could be the frequency at which clothes and indeed furniture, windows etc., in household buildings become dirty. Indicators of the effects could be related to health and may include breathlessness. Communities will be asked to identify indicators of relevance to them, and these will be ranked. It is possible that the choice and ranking of these indicators will be influenced by social factors such as gender and age. Currently, the exposure to harmful environmental pollution is created through human activities. Mobile Air measurement System: This advanced equipment employs geospatial technology thus it is referred to as Geospatial Measurement of Air and Pollution (GMAP).

Air pollution is one of the major environmental challenges that Nigeria faces today. This phenomenon is threatening the socio-economic development gains that have been made since independence. The number of power plants has grown to unprecedented levels whereas mortality rates resulting from low quality air have continued to rise. Reports indicate that environmental pollution can be linked to the recent upsurge in cardiovascular diseases as well as other respiratory complications.

Nevertheless, the primary causes of environmental pollution are activities linked to industrialization such as extraction, transportation and the export of oil at the Gulf of Guinea. Similarly, traffic, rapid industrialization and gas flaring are the most common causes of air pollution in Nigeria. Thus pollution is adversely affecting different sectors such as health and environment, and has been linked to the destruction of ecosystems and climate change among other socio-economic ills.

Want help to write your Essay or Assignments? Click here.