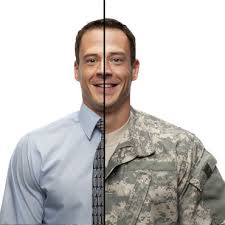 Barriers and Facilitators to Veterans’ Transition to Civilian Work Force in Lawton, Oklahoma

More than 200,000 Armed Forces veterans retire annually because of harsh battleground experiences in places such as Afghanistan and Iraq (Robertson, 2013). However, a majority of veterans find it considerably difficult to transition into society and live effectively with the rest of the civilian community. According to Baert and Balcaen (2013), 66% of veterans leaving the military report having a challenging time transitioning to the civilian work force. Furthermore, Worthen and Ahern (2014) establish that approximately two-thirds of armed forces veterans are faced with numerous challenges.

These challenges make some individuals give up on integrating successfully into the society moreso the civilian work force. Empirical literature demonstrating disconnects between military experience and the civilian labor market exists. This indicates that their transition is limited by various factors including veteran stereotyping that associates veterans with post-traumatic disorder, mental illness and addictions, inability to translate job experiences from the military to the civilian environment and civilian work force and limited knowledge of human resource professionals on hiring and retaining veterans (Iran and Afghanistan Veterans of America, 2011; Lampka & Kowalewski, 2017).

In addition, veterans’ skewed view of the civilian work force makes it difficult for them to effectively transition. According to Lampka and Kowalewski (2017), veterans often lack adequate preparation for a transition to new jobs, suffer from culture shock due to changes in the environment, are incapable of transferring their skills to the new job, and lack knowledge in the search for civilian jobs. This calls for the development of strategies that will ensure that veterans can effectively reintegrate into the civilian work force and contribute to nation building as civilians.

This study will explore how Army veterans can effectively transition into the civilian work force in Lawton, Oklahoma, and effectively live with the rest of the civilian community. This chapter will provide an introduction to the topic and hence set the pace for the research. Secondly, it will provide an overview of the literature concerning the transition of Army veterans into the civilian work force. It will also determine the scope of study by identifying the population of study, what will be studied and the expected outcomes of the research.

The ever-rising number of the population of service men and women leaving the military and rejoining the community results in an increase in the number of veterans in our society (Andrew, 2017). In 2015, the Veteran Administration reported that 21 million adults in the U.S population were veterans. This number translates to about 7% of the civilian population in the U.S that is non-institutional (Chalabi, 2015).

Anderson & Goodman (2014) noted that the biggest source of frustration for veterans during their transition is the adaptation from the structured military atmosphere to the less structured civilian atmosphere. This is because the change calls for a change in attitude and mentality which create a wide range of emotional demands for the veteran. It is evident that to join the civilian workforce after a military career can be both stressful and exciting time.

The operations and the culture of the civilian work force may significantly differ from military career experiences. Therefore, it is essential for the retired military personnel to be patient as they adjust in new civilian positions, co-workers and work environment. The everyday workplace stressors include the feeling of disconnected. Retired military personnel may occasionally feel disconnected when working with people who never had military experience

Chalabi, M. (2015). What percentage of Americans have served in the military. FiveThirtyEight. com.

Contreras, C. G. (2011). What is occupational therapy’s role in the transition of returning veterans from the wars in Iraq and Afghanistan? Master’s and Doctoral Projects, Paper 155. Retrieved from http://utdr.utoledo.edu/graduate-projects/155[Accessed on March 22, 2016].