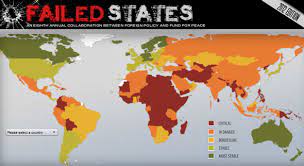 When states fail, and U.S. intervention is called upon, a clear understanding of the scope of the failure should be the initial point of discussion.  As such, information must be gleaned in order to accurately assess the nature of the failed state, its level of permanence, and the conceived success rate of the operation.

U.S. military involvement within a fragile state can take on several roles, primarily in terms of repairing the fracture, impeding the conflict, and easing human suffering.  Operational commanders, therefore, must determine the extent to which these roles will be executed while planning to assist a fragile state.

U. S Commanders in Failed States

One objective of U.S. commanders involved in failed states operations would be to “fix” the underlying issue creating the fracture. In terms of difficulty, this objective appears most lofty for several reasons. First, a complete fix of a fragile state requires intervention during the earliest stages of the crisis.  This may be inopportune.  Second, this intervention can be costly and time-consuming, requiring a lengthy military presence in the fragile country in order to fully accomplish the repair.

Third, the chances of sustaining a long-term remedy must be acutely considered before the commitment of time and manpower are allocated for this cause.  It is suggested that thorough intelligence capabilities be engaged to effectively assess the stage of fragility in a given state.  If, for example, the state is in such disrepair that U.S. efforts to establish a workable plan for governmental restructuring is improbably, then operational command decisions may warrant an alternative strategy for the region.

If command determines that a failed states “fix” is not attainable, U.S. forces can be used in fragile states to impede further conflicts.  Although deterring conflict is an important objective in an insurgency operation and may not solve the issue immediately, it does lay the groundwork for potential repair of the failed states in terms of a peacekeeping effort during governmental restructuring efforts. The accurate assessment of strategic needs would aid command operations in choosing the appropriate combination of repair and defense objectives for the region in question.

Although repair objectives may be long term, defense and humanitarian objectives are considered limited objectives due to their stop-gap nature.  Providing aid to at-risk individuals in fragile states can ease human suffering and can facilitate transport of needed supplies to vulnerable individuals in the region.  Although these efforts are admirable and certainly in need, they are limited at best and will not resolve the situation in the long term.

In fact, these interventions may be counterproductive in some instances. For example, in order to disperse these supplies, U.S. military forces may have to engage with failed states leadership which, in turn, may falsely represent their government as a legitimate regime.  In addition, U.S. aid may be used to the advantage of the insurgents as they intervene in the disbursement of food, water, and supplies to those they manipulate.

This was seen most recently in Somalia, where Islamic insurgents refused to allow U.S. humanitarian aid to reach starving Somalians experiencing acute drought conditions. As a result, operational commanders must weigh the climate of the region in which humanitarian assistance is needed in order to effectively determine the appropriate strategy for proving relief in fragile and failed states.

Want help to write your Essay or Assignments, Click here.